A word from us

News and views from Futuriot 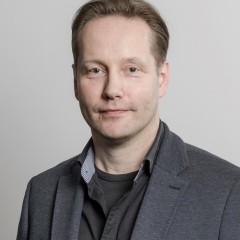 In a novel by Pearl S. Buck, a boy called Jiya lives in a fishing village somewhere in the coast of Japan with his family.  One day a big wave wipes the fishing village leaving Jiya orphaned. Fortunately, his friend’s family offers him a home in the safety of the mountains far above the sea. Time passes, and Jiya grows into a strong man. Despite the memories about his lost family and fear of the unknown, Jiya can’t help looking out at the sea.  Then one day, being aware of the potential consequences of the next big wave to come, he decides to return to the sea. He is afraid of the wave, but he is prepared to act when the next wave comes.

Big waves of data swoosh across our shorelines digitizing the landscape into something new. Very few of us have an asylum in the mountains – and even those who do, feel lured by the value in the ocean of data. At times, the call of the sea is strong.  Shores are packed with boat dealers, yachtsmen, swimmers, surfers – and some excited mountain people learning to deal with water. The waves hit hard and the water feels cold, but that doesn’t stop the daredevils from grabbing their boards and jumping against the roaring waves.

Riding the waves of digitalization can be a lot of fun. It’s your skills and experience that will draw the fine line between cool moves and getting hurt. Like Jiya, it is safe to be scared as long as you know what to do.

Want to learn to surf? Let’s talk, you’ll be riding the waves like a pro before you know it.